This content is © Julie Worsham / 2Tired2Sleep | All rights reserved. 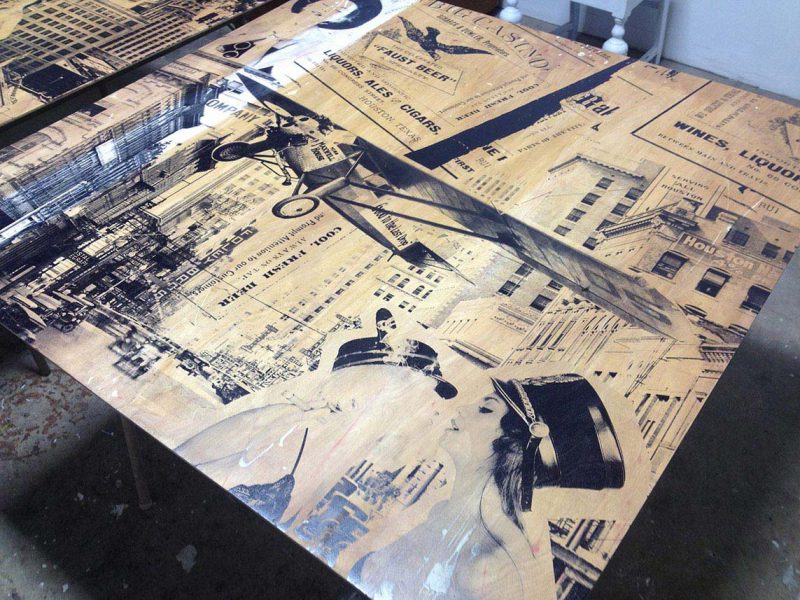 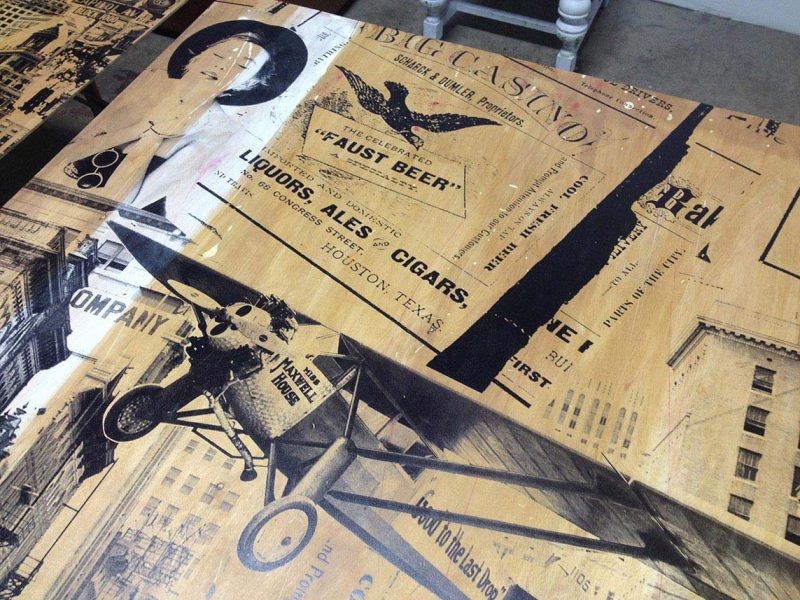 They approached me during the interior restoration process. The owner had previously become a fan of my photo transfers on wood, he felt the technique gave compliments to the overall theme they were rolling with. We ended up printing these directly onto the wood (I typically do these photo transfers by hand).

First order of business was to snap some babes. I totally wanted the panels to have movement almost, for each frame to be candid, super sexy, to show women as if they were caught smoking in the boys room or something (but on big pieces of distressed wood). Follow me? =)

The proposed installation area was a wall of about twenty or more (5′ x 5′) panels. These panels curved along a walkway that went up about 15′-20′ high. Thus said, my vision was to have these tough girls sort of flirting with you randomly (drinking whiskey, smoking cigars, half naked but tastefully done *of course) as you walked through. Think of it as a seductive approach to Hollywood Squares, lol…These blocks had a purpose to tell a story, and to give some sort of texture to the atmosphere, but not be overkill.

The bar owners wanted to take it in another direction, so I had to let go of my sexy ‘smoking in the boys room’ wall, but we met in the middle best as possible. They wanted to give tribute to the city (old Houston) since the establishment is one of the oldest buildings in downtown. I was given access to photos of (old) downtown Houston buildings and streets from 1930-1935. We wanted to keep it vintage, sexy, fun, etc-etc, but also give folks something to connect with emotionally.

Hope you can enjoy these a bit. Had to take it back to my graphic design roots. It had been a while.